E-Filing of Documents Not that Far Off

URBANA — Attorneys seeking to file documents connected to civil lawsuits in Champaign County currently have to print out their documents, drive to the courthouse, pass through security and hand over their files to the staff at the circuit clerk's office before it closes at 4:30 p.m.

They can also mail the documents to the courthouse and hope they arrive before a court deadline.

Within the next two years, lawyers will be able to file the documents in Champaign County around the clock from their own homes and offices with a click of a computer mouse.

Champaign attorney Mark Palmer says he thinks allowing electronic filing is a good idea, not only for Champaign County but also across the state.

"Since the Illinois Supreme Court announced its 'E-Business Initiative' for all state courts in May 2008, we have seen a gradual implementation of a uniform system for filing cases and documents. There is no question it is the future," Palmer says.

When Blakeman took over the office in December, she made beginning the process of converting to electronic filing one of her priorities.

"My first priority was to work to get Champaign County approved for automated disposition reporting, as I knew it would be essential to the process for any other e-business initiatives," she says.

Blakeman says electronic filing will save space in the courthouse. Her office has entire rooms filled with paper court documents from days gone by, with new files being added to the collection every day.

Blakeman says electronic filing will also be more convenient for the people who work at the courthouse.

As files begin to be submitted electronically, they will be stored on computer servers, not taking up additional courthouse space.

Blakeman says that judges in counties that already use electronic filing are able to call up files from cases on their computer screens so they can refer to them during court proceedings, saving the time of asking a staff member to look for the file, retrieve it and deliver it to the courtroom.

She says it can also help attorneys meet statute of limitation deadlines to file court documents.

"Instead of getting struck in traffic and being concerned about getting into the courthouse by 4:30 p.m., they would be able to file the same documents electronically from their offices and homes and meet their deadlines," she says.

Blakeman says she expects the switch to electronic filing could save the county and its taxpayers hundreds of thousands of dollars in future years.

"For example, we spend $50,000 a year on file folders," Blakeman says. "We also spend a lot of money on paper. If we get to the point where we no longer require paper files, that's money we would no longer have to spend."

Other savings will come from labor costs. For example, staff members no longer will be required to stamp the dates on each file to denote when they were received, since electronic filing will record the date and time.

Blakeman says her office won't need to purchase any additional computers or other equipment because it already has all the necessary hardware for automated disposition reporting.

While the office's expenses are expected to go down, Blakeman doesn't expect filing fees to decrease.

"Our fees are largely set by statute, so a case filed electronically would not be legally treated any differently than a case filed on paper," she says.

"I am very interested in finding an e-filing solution that does not require an additional fee, especially as that fee goes directly to the vendor."

One advantage of electronic filing, according to Blakeman, would be the ability to keep a backup form of the electronic documents elsewhere in case a major disaster destroyed the courthouse.

"We have one server here in Champaign County. If we get to electronic filing, we would also have a backup on the server in Mississippi," she says.

Blakeman says Champaign County has begun the first of several steps leading to the acceptance of electronic filing.

Her office hopes to begin recording all dispositions — the court's final determination of a lawsuit or criminal charge — by computer rather than by paper by Oct 1.

Since all traffic decisions need to be reported to the Illinois secretary of state's office, Blakeman's staff currently pulls each paper case file off a shelf, records the disposition that was determined by the court on another paper and mails the information to Springfield. Dispositions are also often mailed to the Illinois State Police, the FBI and other state agencies.

Blakeman says her office would like to do all this work electronically.

Staff members have been sending test files to the various agencies to see what works, what doesn't work and how to correct errors with computer coding.

Blakeman says she received a letter last week from the state giving Champaign County approval to send traffic disposition information electronically, and she hopes to get approval for other kinds of dispositions in the coming weeks.

"Automated disposition reporting is the linchpin for every other automation project we would like to do, including electronic filing," Blakeman says. "We are thrilled that it will soon be a reality."

The second step toward electronic filing will be the adoption of electronic citations by police.

"Instead of a police officer handwriting a ticket, he or she will be able to input a person's driver's license number and the traffic offense onto a computer in the squad car," Blakeman says. "The officer would then be able to print out a traffic ticket and give it to the offender. And the information would be automatically sent electronically to our office."

Blakeman says it will also save labor costs for her office.

"For example, we have one person whose entire job is recording traffic tickets," she says.

In order for Champaign County to be formally accepted for electronic filing, Blakeman says, the Administrative Office of the Illinois Courts — the administrative arm of the Illinois Supreme Court — needs to receive letters of recommendation from her office, from the local bar association and from the chief judge for the circuit.

Blakeman says she met with many local attorneys on Aug. 2 to talk to them about the proposal as part of a meeting to bring them up to date on the projects her office is working on.

"We want to work closely with the Champaign County Bar Association before we launch any e-filing system because they are the ones who are doing the filing," Blakeman says.

She says she has been in contact with Sixth Judicial Circuit Chief Judge Dan Flannell about the work going on in her office.

Flannell said his office would be making the formal application to the Supreme Court to permit local electronic filing.

"There are a lot of issues that have to be addressed before the application is filed," Flannell says. "I think everybody recognizes this is a coming thing and that is something the various circuit clerks will need to deal with."

Once the letters and application forms are sent to the Administrative Office of the Illinois Courts in Springfield and that office gives the go ahead, Blakeman says the county could launch e-filing within the next two years.

"We are trying to take it one step at a time," she says.

Once Champaign County is approved for electronic filing, Blakeman says, the system will initially only be used for civil cases, not criminal, traffic or other filing. Blakeman says the county could be allowed to designate the electronic copy as the official court record.

"We actually have looked at the possibility of a pilot project for Champaign County that would involve the electronic filing of criminal cases, but it is still in its infancy stages at this point," she says.

While the county would accept both traditional paper filing and electronic filing for a few years, Blakeman says she would anticipate most filing would eventually be done electronically.

"That's because it would pose a burden on counties to accept both forms," she says. "Whatever form you receive it in, typically that is official court document. It would be cumbersome if you have to keep two different sets of records."

But some types of files, such as wills, would still be required to be kept on paper. 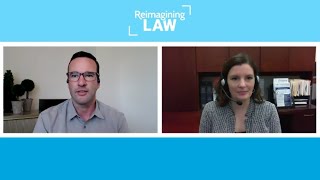